How fitting is it that the end of one thing leads to the beginning of another? Five years ago, I decided to reimagine a two-day fall retreat as a one-week summer initiative for male college students. When I called a BRCC colleague to explain that I would not be returning as a group leader that fall, I was encouraged to visit the grounds for my own personal retreat sometime. I freely admit that concept never entered my mind as a possibility. Now, it is hard to imagine life before exploring intentional selfcare.

As I arrived without a group, I tried to make sense of what retreating looked like as an individual. Just a year prior, I sought aid in seeking a better balance of life and work. Fleeing the humidity, summer was a perfect time to try on new ways of being. In hindsight, following the advice to visit for my own purposes strengthened my resolve to look for “a place of privacy or safety: refuge.” Not seeing this behavior practiced at all, much less regularly, caused me to begin accepting that I was worthy
of such a gift.

A recovering perfectionist and former overachiever, showing up without an itinerary was a stretch! To steady myself, I found mealtimes as natural markers for my day. As a devout fan of the television series “Scandal,” my first photo around the corner from my destination was of “Wonderland Dr.”! Part of what drove me to seek refuge from daily pressures was identifying too closely as a “fixer” of so many other peoples’ situations. Could I settle with trying to fix my own?!

The Blue Ridge setting is enough all by itself; however, the friendships with BRCC staff that have emerged are priceless. I must confess that as a proud coastal kid from Tidewater Virginia…opposites do attract! My Google Drive is overrepresented with mountain scene pics that I am moved to capture every single time I venture up here. One day, I may muster up the courage to delete some of them…but today is not that day. (: 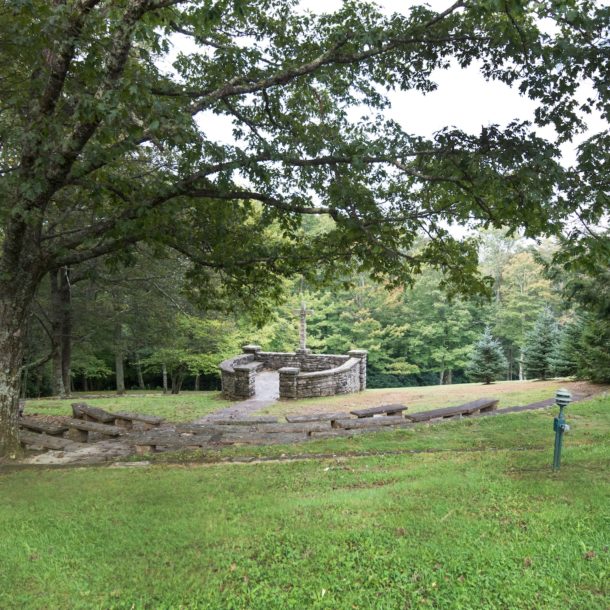