In the summer of 1992, I took a computer class at Blowing Rock School. Eric Johnson was the instructor. We hit it off, and he asked if I was looking for a job. I told him my girls were in school, and I was hoping to find a job to allow me to leave at 2:30 to pick them up and be home with them. And as they say, the rest is history. I started in housekeeping in August of 1992. I’d always want to give credit to the Lord first for anything I do. But I will always be grateful to Eric for his time teaching me about computers and the joy of excel that I thought was hopeless. It is my best friend now. So, in 1995, I moved to the office.

What a joy that was. Janelle Bunn was the Guest Services Director and became one of my dearest friends. One of my favorite memories was doing donuts in the snow with the old Suburban. I can still hear her laughter. She also asked me to help with a program she led called Special Days. That forever changed my life. This program still lifts my spirits along with every staff member and volunteer involved. They teach me more about living my life than any experience I’ve ever had. Eric Greco was a young man with Down’s Syndrome. He came with his own Elvis jumpsuit each year. We took them to Tweetsie one year.

As we started the sidewalk, he whispered, “Martha, I’m afraid.” I said you don’t have to be afraid. We’ll pray before we go in. He turns around, holds up his precious little hand, and hollers back to our group and a couple of groups behind us. We’re going to pray, he said. His prayer – “Lord, keep us safe on the choo choo train and help us have a good day. Amen”. We did several activities and then went to get on the train. We go to the seat, and he wants to be next to the window. We start around the track, and he grins at me and looks so happy. I’m not sure why I said, “I thought you were scared.” He looked at me like I had lost my mind and said I THOUGHT WE PRAYED. Quickly I said I was making sure you remembered. But in my head, I felt ashamed. I thought what great faith he had. He believed the Lord heard him; all he had to do was enjoy the ride. Many, many times since then, I remind myself – you’ve prayed. Just enjoy the ride.

One of the best perks of this job is working with the guests. Being raised in a preacher’s home, I had no idea how much that trained me for the job I have managed to keep for thirty years come this August. I have met a host of friends that I will always cherish in my heart. I have heard Amazing Grace being sung in many languages as I walk around the grounds. And yes, I often get asked where I am from because of my accent. I had no idea I had an accent until I came to work here. I’ve worked with many amazing co-workers who have moved on, yet we keep in touch. I say often, with thanks to God, I have the best job in the world.

I want to thank the Board Members, past and present, and Executive Directors over the years who have loved and supported our staff and kept this place to continue fulfilling our mission. We get to see stories being created right in front of us. We have people stop by to reminisce about the times they spent here. Last week as I was walking to the gym, a vehicle pulled up. The lady got out and talked about the wonderful times she had spent with her family in the cottages. So, I took her to the two remodeled cottages. She was thrilled with the changes.

In closing, I thank Ted for being an important part of my story. I appreciate the leadership (and humor) he brought to the Directors position. And even more so during the last couple of years. He was in the trenches with us, concerned about keeping our beautiful place in the mountains going. He wanted to be sure that we would continue to host those groups that we see fellowshipping and growing. His concern for his employees was most important to him. When I retire, I hope he’ll still be here leading and bringing joy and laughter to everyone. 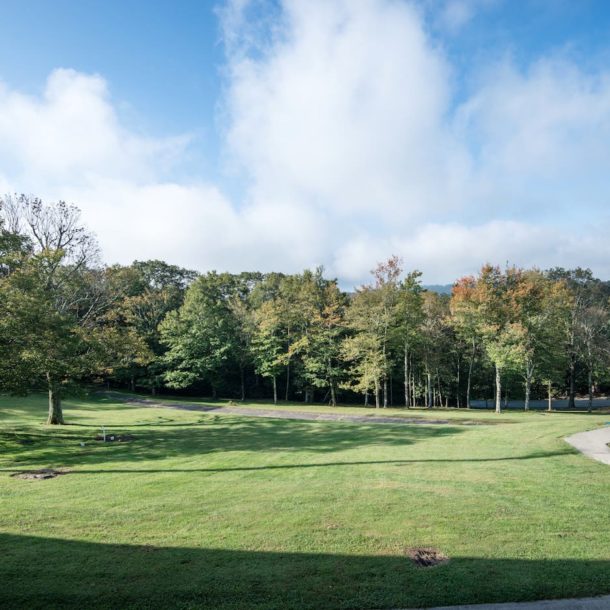 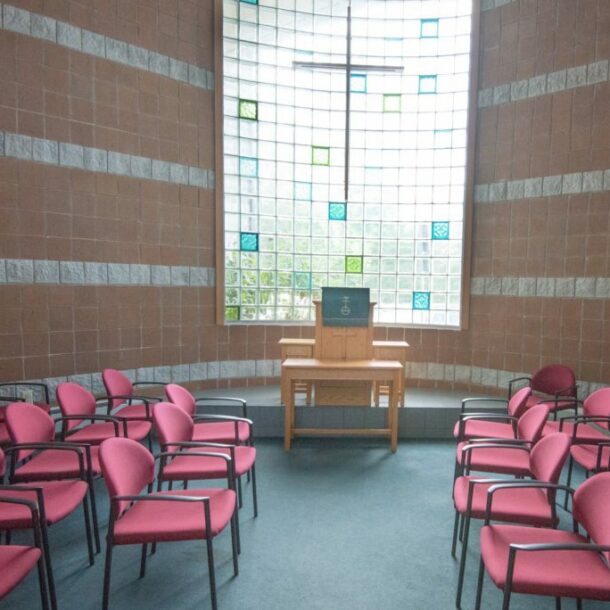 On Holy Ground </br> by Henry Lister, Board President
Next Article
2022 Blowing Rock Conference Center © Made with ♥ in Blowing Rock
Loading...
Loading...